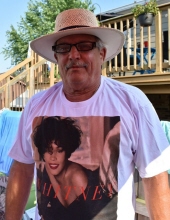 Michael E. Nostrand, of Plainfield, Indiana passed away October 31st, 2021, at the age of 69. He was born to Conrad Charles and Angelica Louis Nostrand in 1952.

Michael was a jack of all trades who was always tinkering on projects. He loved to cook and was known for making the best meatballs. Michael also loved games, like solitaire. He was an avid music fans, with some of his favorite artists being Frank Sinatra, Lionel Richie, Michael Jackson, George Michael, and Garth Brooks. Michael also loved animals, especially dogs. He will be remembered for being a kind soul, the type of guy who always helped others and would give the shirt off his back to anyone who needed it. His constant smile and jokes will be dearly missed.