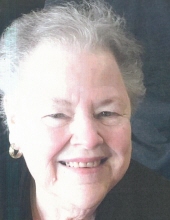 Kathy Cartner, age 73, was promoted to heaven from a bed at Methodist Hospital, Indianapolis, Indiana on Sunday evening, January 31. Her painful struggles due to cancer, heart and kidney failure were finally over. She told her sister, Cindy, hours before her death that since she was not able to serve the Lord in a meaningful way anymore, her prayer was that He would take her home. God graciously answered that prayer.

Kathy was born and raised in greater Chicago, the oldest child of Terry and Virginia Cartner. The First Baptist Church of Harvey was a formative influence in her life. It was there that she heard the good news of salvation by grace through faith in the Lord Jesus Christ and, at age 12, trusted Him as her personal Lord and Savior. She always spoke with appreciation for the clear teaching she received and the friendships she enjoyed within the youth group.

After graduation from Bremen High School in Midlothian, Illinois, Kathy earned a B.S. in Elementary Education from Cedarville University (Ohio), graduating in 1969. She taught fifth grade for a couple of years before joining the Association of Baptists for World Evangelism (ABWE). Kathy served for 10 years as a teacher and discipler of teenagers at Faith Academy in the Philippines. After her time with ABWE, she joined the staff of Azusa Pacific College in California, where she earned her M.A. degree. She later served as the Director of Financial Aid at Biola University. Her desire to be near family prompted her to move to central Indiana in the late 1980s. She was employed as a secretary at College Park Church followed by many years at Country Mark Fuel, from which she retired.

Kathy was active in a Bible-believing church wherever she lived. She was a longtime member of College Park Church, Indianapolis and was one of the group commissioned to start Castleton Community Church. She loved the Word of God and enjoyed teaching and discipling others to know and follow Christ. One of her favorite verses was Job 23:10: “But He knows the way I take; when He has tried me, I shall come forth as gold.” Kathy was a great lover of music and had a beautiful alto voice, singing in choirs and performing solos in churches and at weddings. One of her favorite hymns is “I am His and He Is Mine.”

She was preceded in death by her parents, Terrence and Virginia Cartner, and her brother, Denny. She is survived by her sister, Cindy Patten (Randy) and their children, spouses and grandchildren, Jim Patten (Stacie, Luke, Jenna, Kayla, Levi) and Rebecca Patten-Lemons (Charles, Cormick, Conlin).

A memorial service will be held at Castleton Community Church, 5825 E 91st Street, Indianapolis on Saturday, February 6 at 3:00 pm. In lieu of flowers, please consider a donation to Voice of the Martyrs at https://www.persecution.com/. To view the Memorial Service (live stream or video), go to www.castletoncc.com.
To order memorial trees or send flowers to the family in memory of Melody Kathleen Cartner, please visit our flower store.