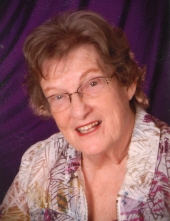 Mary Eleanor (Williams) Stephan passed away Christmas Eve, December 24, 2020 in Noblesville, Indiana. She was born April 7, 1934, in Boardman, Ohio to Velma M. (Horger) and Cecil C. Williams. She married Earl W. Stephan May 1, 1954. They enjoyed 45 years of marriage before Earl’s passing.
They moved 15 times. Mary made each new city her home by joining a local United Methodist church and the library. Through the years she had volunteered with the United Methodist Women, Red Cross, and her children’s schools, scouting and sports teams. In Carmel, she had been an active volunteer at Carmel United Methodist Church, St Vincent’s Hospital-Carmel, and with Promising Futures, an auxiliary that assisted at-risk youth in Hamilton County. She enjoyed traveling, quilting, and folk painting. She loved spending time with her family.
Mary is survived by her four children E. Douglas (Melissa) Stephan, Howard W. (Sheila) Stephan, Ann (Robert) Grilliot, and Scott (Melinda) Stephan, seven grandchildren and 2 great grandsons.
A memorial service will be planned for later in the spring of 2021. In lieu of flowers, memorial contributions may be made to the Indiana United Methodist Children’s Home, Lebanon, IN, or the Special Olympics.
To order memorial trees or send flowers to the family in memory of Mary Eleanor Stephan, please visit our flower store.