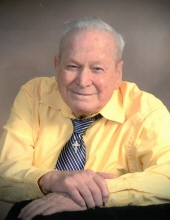 He was born on Monday, December 12, 1932 to the late Elmer Thomas and Naomi Ruth (Beldon) Rothrock in White Cloud, Indiana.

Marvin enjoyed fishing in the Blue River in White Cloud as a young boy. He later moved to Bloomington where he graduated from Bloomington High School. After high school he enlisted in the US Army and would serve for 25 plus years as an E9 Master Sergeant before retiring. He enjoyed hunting, fishing and mostly helping others. Marvin was a true servant of God! He donated numerous hours of time and money to those in need, including sponsoring children’s missions abroad. Marvin was known for his generosity as he would give his last dollar to someone in need.

Marvin is survived by his sons, Marvin Phillip Rothrock Jr., Roger Lee Rothrock; brother, Lee Palmer, and his wife Carolyn; sister, Lucy Palko, and her husband Dan; grandchildren, Hannah, and Cristian; and many nieces and nephews.

He is preceded in death by his parents, Elmer, and Naomi Rothrock; wife, Carmen Shipley; brothers, Leroy, Carl, and Larry.

Funeral service will begin at 2:00 pm

Memorial donations in his honor can be sent to Clear Creek Christian Church, 530 West Church Lane, Bloomington, Indiana 47403.
To order memorial trees or send flowers to the family in memory of Marvin P. Rothrock, please visit our flower store.