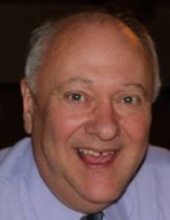 Mark Steven Lowe passed away at Ascension St. Vincent Hospital in Kokomo, IN on December 17, 2021. He went to be with his Lord and Savior at the age of 70 years.
He was preceded in death by his father, Rex Lowe and brother, Randy Lowe.
He is survived by his loving wife, Carol of 52 years; mother, Joan Lowe; children: Carrie (Matthew) Biddinger, Nathaniel (Ashley) Lowe, Jonathan (Megan) Lowe, and Peter (Leigha) Lowe; grandchildren: William (Sarah) Biddinger, Stephen (Katelyn) Biddinger, Sarah Biddinger, Wesley Biddinger, Evan Lowe, Addalyn Lowe, Jacob Lowe, Ava Lowe, Gavin Lowe, Isaac Lowe, Justus Lowe, Alyssa Lowe, Isabelle Lowe, Annabeth Lowe, Meredith Lowe, and baby boy on the way; great-grandchildren: Everett Biddinger and Brantley Biddinger.
He will also be lovingly remembered by several cousins, nieces, nephews, in-laws, friends, and fellow pastors.
He was the pastor of Bethel Missionary Baptist Church in Noblesville, IN for 27 years and after recent retirement, a faithful member of Landmark Baptist Church in Anderson, IN. He was a professor at Indiana Baptist Institute since the school began in 2005. He also authored several books and pamphlets to aid in the studying of God’s Word. He loved to serve Jesus and His churches in many capacities including church camp, youth rallies, associational meetings, and more. He was passionate about music, youth ministry, evangelism, and discipleship. He also had a passion for people; never meeting a stranger! He had a servant’s heart, always putting others before himself. He also enjoyed traveling, gardening, sports, and spending time with his family whom he loved.
Visitation and services will be held at First Landmark Baptist Church, 2324 N Ohio St, Kokomo, IN 46901, on Monday, December 27, 2021, with Pastor Gary Woodring of Landmark Baptist Church in Anderson officiating. The family will welcome guests to the visitation from 9am to 11am. The service will begin at 11am. Internment to follow the service at Ever Rest Memorial Park, 8315 Logansport Rd, Logansport, IN 46947. A reception and luncheon will follow the internment and be offered for family and friends at First Landmark Baptist Church, 2324 N Ohio St, Kokomo, IN 46901.
In lieu of flowers, the family is requesting memorial donations be made to the missions fund of Landmark Baptist Church in Anderson, IN. Checks can be sent to 1924 W Cross St, Anderson, IN 46011 or donations can be given online.
To order memorial trees or send flowers to the family in memory of Mark Steven Lowe, please visit our flower store.