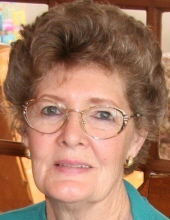 Marjorie Todd Fly passed away on the evening of November 18, 2020 was the last surviving of four children born to Darcie and Goldie (Bruther) Jones in southern Indiana.

She resided in Indianapolis since ’49 and retired after 30 years from Western Electric in 1985. Moving in late ‘80s to Fishers Indiana she enjoyed cooking, baking, soap operas, pets and yard work. Pets, other than dogs and cats, included a skunk, 2 ferrets and several swans. Her daughter and granddaughters will always remember the fervent passion, inclusion, and travel with the Ben Davis Giants Marching Band from mid 1980s through the early 1990s.

Visitation will be held at Indiana Funeral Care on Friday, November 27, 2020at 1pm with services at 2pm. Participates for visitation and service will be limited due to Covid.

After living a spry healthy lifespan of 89 years we request that donations be made to the American Stroke Association.
To order memorial trees or send flowers to the family in memory of Marjorie Todd Fly, please visit our flower store.