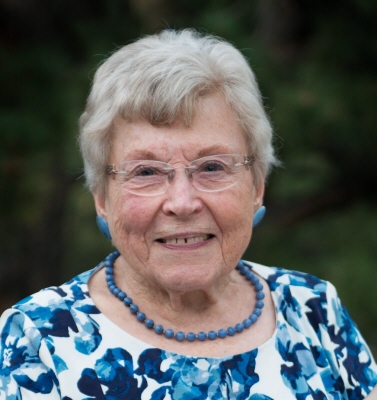 She was born to Willard and Berniece (née Hiatt) Floyd on December 21,1934 in Marion, Indiana. She is also survived by a sister, Betty (Richard) Brewer and a brother, Richard (Linda) Floyd.

Madonna graduated with honors from Wendell L. Wilkie high school in 1953. She worked for over 40 years as a customer service representative for Indiana Bell (AT&T) until her retirement.

Madonna and Bob loved to travel. They traversed the US multiple times pulling a trailer with both their children and grandchildren. They enjoyed cruises, and occasionally she would agree to take to the air with Bob as her pilot in his small planes. They were very involved with their family, traveling great distances to attend ball games, dance competitions, equestrian events and graduations. In their retirement they spent winters in Sebring, FL. Madonna was an accomplished seamstress, making most of her young daughters' clothing and outfitting their favorite Barbies. Her great granddaughters will dress their dolls in her handiwork. Watching hummingbirds out her kitchen window and collecting recipes were things she never tired of.

Madonna led a life of patience and trust in God. She was humble and spoke softly, yet was a strong underlying glue in her family. She will be missed, yet we can rejoice in her reunion with her beloved husband, for all eternity.

There will be no memorial service at this time. Arrangements have been entrusted to Indiana Funeral Care in Indianapolis where friends and family may sign the online guestbook. Indianafuneralcare.com
To order memorial trees or send flowers to the family in memory of Madonna J. Huff, please visit our flower store.