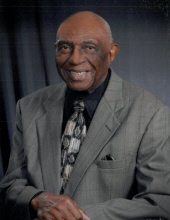 Mr. Luther Frierson made his transition on Sunday January 16, 2022, at Roudebush VA Medical Center in Indianapolis, IN.

Luther later moved to Indianapolis, Indiana where he began a very long work career with American Art Clay. He held several positions with the organization including management and retired in 1992 with over 40 years of service. He remained a good friend and advisor to the company until his death.

Luther was a faithful member of New Haven Baptist church where he served as a Deacon and member of the male choir. He later joined Greater Northwestern Baptist Church where he was also a part of the mail choir. He loved camping and attended every Frierson Family reunion until he was unable to travel.