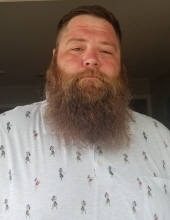 He was born on Wednesday, September 5, 1979, in Bloomington, Indiana to Donald Dwayne Jackson and Sonja (Nevins) Helms. Luke grew up in Bloomington and graduated from Bloomington High School North.

Over the years Luke worked for Fastenal Corporation and Big Red Liquors. He was a board member for Franklin Township Youth Football (FTYF) where he also was a coach. He was also a hug Chicago Bears, Notre Dame, Indianapolis Colts and NASCAR fan.

To order memorial trees or send flowers to the family in memory of Luther Clark Jackson, please visit our flower store.