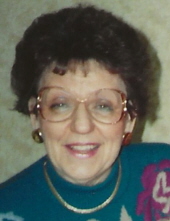 Lucille G. (Muszynski) Baker died peacefully on October 10, 2020, at Hamilton Trace Senior Care in Fishers, Indiana. Lucille was born on December 13, 1934, to Stanley J. Muszynski and Gertrude M. (Kolesiak) Muszynski in South Bend. Her brother Ralph Muszynski preceded her in death. She married Fred L. Baker of Mishawaka, Indiana, on June 2, 1956, in South Bend, Indiana. Her husband Fred preceded her in death on July 11, 2020. Her daughter Bonnie Vollmer preceded her in death on May 17th of this year. Lucille is survived by 2 sons, William (Bill) Baker and Robert (Bob) Baker from Indianapolis, Indiana. Lu is also survived by her son-in-law Joseph Vollmer and 2 grandchildren, Patrick Vollmer of Bloomington, Indiana, and Allison Vollmer of Chicago, Illinois.

Lucille was a life-long resident of South Bend, Indiana, attending St. Adalbert’s school and graduating from Central High School. She was employed at Muszynski Insurance Agency, a business started by her father, Stanley Muszynski. She continued to work for Ralph and Lauretta Muszynski until the business was sold to Bob Laven Insurance. Lu continued to work for Laven insurance until she retired at age 78. Lu loved to be around people and appreciated every opportunity that the Laven family and staff provided her. She was also a life-long member of St. Jude’s Parish, being one of the first parishioners as the church was being built.

Lu and Fred enjoyed Marian High School and Butler University sports outings where they made many friends, some lasting a life time. Later in life, they continued to meet people, whether it was attending Mishawaka High School reunions or spending time at Angelo’s Restaurant. There were very few places in South Bend / Mishawaka that Lu could go and not run into someone that she knew. Lu was a loving mother with a strong sense of faith and family. If Lu was not in Indianapolis visiting her grandchildren, she could also be found at her cousin’s lake home in Michigan.

Lu’s family wants to thank all the staff at Brookdale Granger Assisted Living, Heart to Heart Hospice, and Hamilton Trace Senior Care for all the kindness and care they have provided.

A Catholic mass with Christian burial will be held at St. Simon the Apostle Catholic Church on November 7, 2020, at 10:00 am. Interment will follow at Our Lady of Peace Cemetery in Indianapolis, Indiana.
To order memorial trees or send flowers to the family in memory of Lucille G. Baker, please visit our flower store.