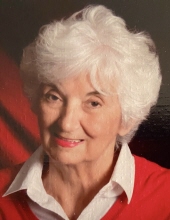 Louvena Joyce Ehlschide Titus was born January 18, 1933 in Meulenberg County, Kentucky and went to be with her Lord and Savior June 15, 2021. Due to the untimely death of her father, she was raised by her mother, Lona Riley Ehlschide, her maternal grandmother, Viola Carter Riley (affectionately known to most as Ma) and a sister, eight years her senior, Catherine Ehlschide Gann. She was raised in a humble but Christian home that they often shared with other family members in need. At about ten years of age, her family moved to Owensboro, Kentucky.

In 1950, she graduated from Owensboro High School. She was the first in her family to attend college. She graduated as a Diploma Nurse from Murray State University in 1954. She then began her nursing career at Owensboro Davies County Hospital. In 1961, she joined the faculty of the Owensboro Technical College as an instructor in their LPN nursing program. She remained there until her retirement in 1991, rising to the department head of the health careers program. In 1978, she earned her Bachelor of Science in Nursing from the University of Evansville. Then, in 1986, she completed her Master of Science in Vocational Education from Murray State University.

During her employment, she was active in the Vocational Industrial Clubs of America. In 1980, Governor John Brown, and again in 1991, Wallace Wilkinson Governor of the Commonwealth of Kentucky, commissioned her a Kentucky Colonel for her contributions to vocational education. Upon retirement, Health Occupations Education American Vocational Association named her Outstanding Vocational Educator, recognizing her dedication to the improvement, promotion, development, and advancement of Health Occupations Education. Throughout her career, she would work with and develop lifelong friendships with members of her 1954 graduating class.

On July 22, 1953, she married Allen L. Titus of Rockport, Indiana. They were married for almost 62 years until his death in May 2015. They had two children, a son, Dirk, and a daughter, Tara. While residing in Rockport for fifty years, she was a member of the Patronville United Methodist Church, Rockport Home Managers Home Demonstration Club, and the American Legion Auxiliary Unit #254. She developed a passion for the programs of the American Legion Auxiliary and its dedication to serving the veterans, military, and their families. Through the years, she served as most, if not all, chairmanships and offices on the local, district, and state level. In 2001, she was elected as President for the Department of Indiana.

Her work with the American Legion Auxiliary led to Indiana governor Frank O’Bannon in 2001 and Governor Joseph E. Kernan in 2004 appointing her to serve as a member of the Indiana Soldiers and Sailors Children’s Home Advisory Committee. Additionally, in 2001, Governor O’Bannon appointed her Chieftain upon his Staff with the rank and title of Sagamore of the Wabash. She also served as a nurse or counselor for many years at Hoosier Girls State. Vee was also the nurse at Girls Nation in Washington, D.C., several times. Again, through service in these organizations, she developed many relationships that lasted throughout her life.

In 2005, “Nana and Baba” moved from Rockport to Martinsville, IN to be closer to their family. There she continued her work in the American Legion Auxiliary, but it granted her the opportunity for many family celebrations, meals, and extra curricular activities of grandchildren.

In 2012, Allen fulfilled Vee's longtime dream of moving to Florida. They purchased a home in Satellite Beach, FL where she enjoyed the warm weather, spending the afternoons reading poolside, and dining al fresco. There they joined the Satellite Beach United Methodist Church. After her husband's death in 2015, she became active in several women’s groups, with the Grief Group providing much needed support after the death of her spouse. She greatly valued the relationships she developed with these ladies who shared her like sorrow but often found laughter with each other.

Though she had a humble birth, she achieved, saw, and experienced much while touching so many with her wisdom, love, and laughter.

The silver-haired head is a crown of splendor and glory; it is found in the way of righteousness, He who is slow to anger is better than the mighty. And he who rules and controls his own spirit, is better than he who captures a city. The lot is cast into the lap, but its every decision is from the Lord. Proverbs 16:31-33

To honor Vee, the family request in lieu of flowers, donations be made to: