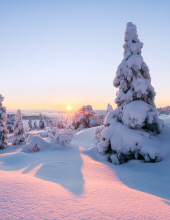 Lori Ellen Eads was born on April 17, 1961 in Indianapolis at Methodist Hospital to Donald and Carol Eads. Lori passed away December 12, 2020 after a short illness.

Lori grew up on the westside of Indianapolis. She attended school #67 and graduated from Crispus Attucks high school. She earned her nursing degree from Indiana University in 1984.
During her nursing career, Lori worked at Riley Hospital, Lifelines for Children and Methodist Hospital. The majority of Lori's nursing care was spent caring for pediatric patients. Lori loved caring for children and their families.

Lori is survived by her mother Carol, brother Ted, sister-in-law Bunnie, niece Olivia, niece Sydney and her nephew Alex and his wife Alicia and their children Liam and Landon. Lori is also survived by many aunts, uncles and cousins.

A memorial service will be held this coming April in honor of Lori and what would have been her 60th birthday. Memorial donations can be made to the Riley Children's fund.

The family would like to thank all the friends and family that have loved Lori so well over the years.
To order memorial trees or send flowers to the family in memory of Lori Ellen Eads, please visit our flower store.