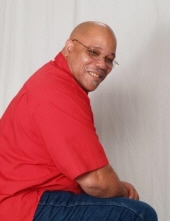 Leonardo Davinci Richardson, born on August 25, 1955 in Cleveland, OH to parents Gwendolyn and Leonard Richardson, passed away peacefully on April 25, 2020 due to Covid-19. He proudly served in the United States Army. Davinci spent 30+ years of his life in active drug addiction with 13 of those years going in and out of prison. On December 11, 2007 he found the courage and the strength, through a God of his understanding, to turn his life around.

After leaving prison for the last time in March 2009, he found employment at the Salvation Army Harbor Light Center from 2009 to 2014 as a Detox Medical Assistant. In 2014 he joined a transitional housing facility as Director of Operations and worked as a member of Re-Entry Focus Group for the City of Indianapolis’ Office of Reentry. That experience gave him the opportunity to work as a contract employee in 2016 for the Marion County Sheriff’s Office where he provided reentry services for jail inmates and from there, he moved on to provide counseling services at the Putnamville Correctional Facility. Davinci was also on the Board of Directors of the Indiana Addiction Issues Coalition and was treasured by all who worked with him.
DaVinci graduated from Martin University in 2017 and received his Bachelor’s of Science degree in Addiction Counseling with an emphasis in Criminal Justice. In addition, he was Certified through ICAADA as an Addictions Peer Recovery Coach and successfully completed his testing as a Level II Alcohol & Drug Abuse Counselor (CADAC II).

In 2018, Davinci founded Same Page Collective. Its mission is to provide drug-free, structured transitional housing to men and women who are struggling with addiction and/or reentry issues. Same Page Collective has grown in the last two years since its inception and now operates two transition houses on Indianapolis’ east side.
Davinci was a dedicated husband and father. He treasured his family and embraced every moment with them. He loved his role as grandfather. He had a vivacious personality and made everyone feel like family.

Davinci was proceeded in death by his brother, Glenn Richardson, father, Lenard Richardson and his mother Gwendolyn Richardson.
To order memorial trees or send flowers to the family in memory of Leonardo DaVinci Richardson, please visit our flower store.