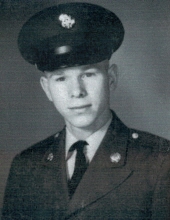 Lee Baisden 73 Indianapolis, Indiana passed away Friday October 2, 2020. After a long battle with Alzheimer’s, he passed away peacefully, with his loving wife Tammy by his side.
Lee was born in Breeden, West Virginia on December 11th, 1946 to Ott and Josephine Baisden. He was the oldest of 9 children. He graduated from Lenore Highschool and he also earned an associate's degree in general academics. He wanted to be a football coach and teach math but he was drafted by the Army. He proudly served from 1967-1969 in Vietnam.
Lee and Tammy married in June 26, 2006 and they have 3 children Christina Romanov, Jeremiah Scott and Michael Scott. Lee and Tammy have 9 grandchildren and 3 great grandchildren also one on the way.
Lee worked 16 years at ATA and 5 years at Plane Tech.
Lee is survived by his wife Tammy Baisden and his children Christina Romanov, Jeremiah Scott and Michael Scott. Lee’s brothers and sisters Shirley, Edna, Elisa, James, Robert, Donnie, Carlos and George. His grandchildren Breona Wogan, Cody Wogan, Isabella Wogan, Jason Romanov, Allyssa, Will, Christian, Austin and Joey Scott. Lee and Tammy’s great grandchildren Jude Vazquez, Jace Romanov and one on the way Emilia Vazquez.
Lee loved his family and friends. He loved golfing, playing his guitar and singing old country songs. Lee loved John Wayne movies, Elvis Presley, Coca-Cola and Budweiser.
Lee could light up a room with his smile and sense of humor. He was an amazing man and he will live in our hearts forever.
To order memorial trees or send flowers to the family in memory of Lee Baisden, please visit our flower store.