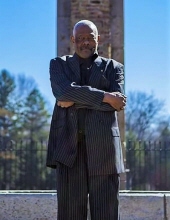 To this union thirteen children were born: nine boys and four girls. His siblings and his parents proceed him in death.

Larry attended IPS Schools #41 and #43. He went on to attend Crispus Attucks High School. At 17 years old, with the consent of his father, Larry enlisted into the United States Navy. During this time he acquired his GED. After serving six years in the Navy he was Honorably Discharged on October 27, 1969.

Larry was employed by IPL and Con Edison as a lineman. He was also employed by the Indiana Department of Revenue where he retired after 14 years.

Larry was loved greatly and will be truly missed.
To order memorial trees or send flowers to the family in memory of Larry S Parker, please visit our flower store.