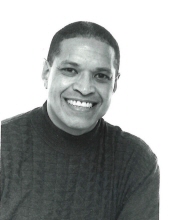 Larry Dean Russell was born on July 27, 1949 in Terre Haute, IN to Homer and Geraldine (nee Conley) Russell. Larry died on November 1, 2020 in Indianapolis at age of 71.
Larry attended Davis Park Elementary School and Woodrow Wilson Junior High School. He also attended Wiley High School in Terre Haute, graduating June 8, 1967. Larry later earned his Bachelor of Science, Master of Arts and Teaching certificate in secondary education at Indiana State University and Post-graduate course work at Indiana University. Larry worked for Columbia House Record & Tape Club for 35 years, retiring in 2004. Larry then began working as an Associate Professor of English at Ivy Tech Community College, teaching courses both in person and via distance education, retiring in 2020 due to health reasons after nearly 16 years as an educator there. Larry was well liked by his colleagues and students, and he thoroughly enjoyed teaching.

Larry resided in Carmel, Indiana beginning in July 1999, in a home he shares with Bart Cambridge. Larry loved working in the yard and enjoyed celebrating the seasons. Larry was an avid reader and enjoyed movies of all genre particularly Sci Fi, comedy, and classic cinema. Larry enjoyed listening to several types of music including classical composers as well as rhythm and blues and contemporary tunes, particularly Barbra Streisand and Judy Garland. He will be remembered as a compassionate person, an avid reader and learner, a dear friend and beloved brother.

Larry cared for and loved cats including: Boots, J.R., Cinnamon, Crackers, Buddy, Scout, Baxter, and Ginger. Cinnamon remains with Bart, and she sorely misses her “Papa.”
To order memorial trees or send flowers to the family in memory of Larry Dean Russell, please visit our flower store.