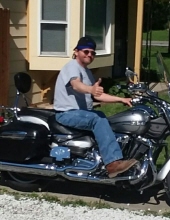 On Wednesday, November 18, 2020, Kevin Boone, of Indianapolis, IN, was put out of his misery and not by his loving, caring wife Patti Boone of 31 years. Kevin, 60 years young, cashed in his chips to cancer, and joined the family poker game in heaven. Waiting for him, like always, his dad Joseph Boone, brothers Clifford, Michael, Darryl, and Jason Boone, his sister Marjie Reed and mother Mary Boone. Stuck here playing solitaire are his brothers Joe Boone Jr. and Phillip Boone.

Kevin was a fun loving, hard working, educated, determined son, brother, husband, father, grandfather, uncle, friend, and at times a hard ass. He was known for being a family man, and his many works and contributions to the community.

He left behind his wife, Patti Boone, his daughters Kaile Boone, Chrystal McClain, son in law Jeremiah McClain, his grandchildren, whom called him pop-pop, Summer, Heather, Isaiah, Aubrie, Elijah, Lucas, Dylan, Myah, Ava, Toviyah, and Nikolai. His pride and joy was the family he raised and doing every job well. He gave us all a nudge to be our best, to learn something new everyday, and to kick ass and take names. We love you and miss you already.
#cancersucks

More on Kevin at www.facebook.com/kevin.boone.395
To order memorial trees or send flowers to the family in memory of Kevin Boone, please visit our flower store.