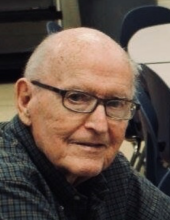 Kenneth Michael Whitsett, age 82, of Indianapolis, Indiana passed away on August 29, 2020. Mike was born in Indianapolis on September 9th, 1937.

He was preceded in death by the love of his life, Sandra Lee Whitsett, and his parents Kenneth and Ellen Whitsett.

Mike attended Cathedral H.S. And earned an associate degree from Butler University. Mike was a loving husband, father, uncle, and grandfather. He was an avid sports fan and attended many football and basketball games. He mostly enjoyed being with his family and trips to Florida. He lived an active and independent life until just recently when he quickly declined and entered Franciscan Hospice House.

There will be a visitation and memorial mass at Our Lady of Greenwood on September 25th. Visitation starts at 10am with a mass at 11. It was Mikes wish to be cremated and no burial will take place at this time. In lieu of flowers, please donate to your favorite charity.
To order memorial trees or send flowers to the family in memory of Kenneth Michael Whitsett, please visit our flower store.