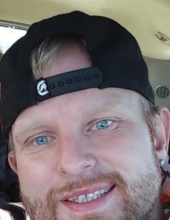 Joejo was born in San Bernardino, California to Steven Helmuth and Deanne Rodarmel. He grew up in the Morgan county area. Joe had a smile that was so bright it was contagious. He loved fishing, listening to music, sometimes he just liked to fight, but more than anything he loved spending time with his friends and family. He welcomed three (3) beautiful kids into this world, Jace Helmuth on August 6, 2013, Bentley Helmuth on June 19, 2018, and Hayley Helmuth on February 15, 2020.

Joseph was proceeded in death by his brother Steven Helmuth II, his father Steven Helmuth, his cousin Anthony Eyestone, his uncle Ronnie Eyestone, and his maternal grandparents Doyleen and Albert Moore.
To order memorial trees or send flowers to the family in memory of Joseph Helmuth, please visit our flower store.