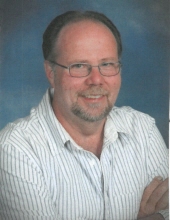 Johnny A. Banks, 55 of Indianapolis died peacefully on October 30. He is survived by Elizabeth(wife) & Alexander(son). He grew up in Lee county KY. He moved to Indianapolis in 1989 to be Plant foreman at H&H steel.
He also worked Meade/Westvaco & Elmco. He was always willing to lead a hand, and never knew a stranger.
Memorial service will be at Old Bethel UMC in Indianapolis from 2-5. He will be laid to rest in Childer's cemetry in Beattyville, KY. by his Mother.
To order memorial trees or send flowers to the family in memory of Johnny Banks, please visit our flower store.