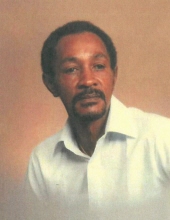 John T. Corbin Harris, 81, of Indianapolis passed away November 22, 2020. He was born February 17th 1939 to Cassie Wilson in Clarksville Tennessee. He later moved to Indianapolis as a young boy and attended Public Schools. John served in multiple roles during his years of employment such as a foreman of a gas company in Louisiana, roofing, cement, and carpentry work. John also worked and thrived in a career of cooking, one of his favorite pastimes. John retired from Laughners after 10 years of service.
John was affectionately known as "the better half" of a relationship with his best friend Gloria Dotson Westmoreland. He loved to cook, he was frequently outdoors on the grill preparing huge meals for events with friends and family.
John is preceded in death by his mother Cassie and 2 sons. John is survived by his adoring wife Gloria; three children Vivian, Nina and Mario Harris; a host of grandchildren; sister Bertha Offutt; and several family and friends who will cherish his memory.
To order memorial trees or send flowers to the family in memory of John T. Harris, please visit our flower store.