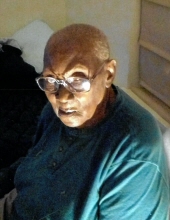 He was born October 30, 1924, the youngest son of John Lander Riley and Lucille Riley Brown. He accepted Christ at an early age and was baptized.

John married Ira Henry and to this union, they were blessed with three children. Later in life, he moved to Indiana and was employed at J. Salotikn’s, as a tow mortar driver, for many years. After retirement, he worked at the Salvation Army.

Funeral Services will be held on Saturday, October 3, 2020 at 12 noon at Indiana Funeral Care, Harry W. Moore Chapel with visitation beginning at 11 am. He will be laid to rest at Crown Hill Cemetery.
To order memorial trees or send flowers to the family in memory of John Riley, please visit our flower store.