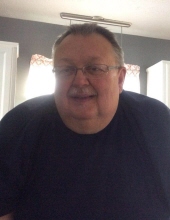 He was born on Sunday, July 22, 1951 to the late Richard J. and Mary Ellen (Williams) Lyons in Hartford City, Indiana.

John became a small business owner taking on a single Friendly Foods location and as CEO at Luxury Lawns INC. John retired fully in 2013 and came to live in Avon with his wife, daughter, and family.

John was a hard-working man with many interests and hobbies. He loved all his family dearly and held his grandchildren close to his heart. John spent many good years in Avon helping his daughter and spending quality time being retired. His sense of humor and quick wit will be missed by all who knew and loved him.

He is proceeded in death by his parents Richard and Mary Ellen Lyons and brother Jim Lyons.

In lieu of flowers please make donations in his name to Autism Speaks online at www.autismspeaks.org.

John will be cremated and returned home to Debra. A celebration of life will be planned and announced for the spring of 2021.
To order memorial trees or send flowers to the family in memory of John Raymond Lyons, please visit our flower store.