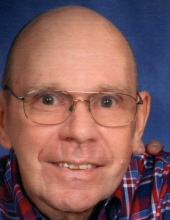 John H. “Jack” Kindler of Noblesville, Indiana, made his final journey into the loving arms of our Lord on Tuesday, April 27, 2021 surrounded by his family.

Born August 21, 1938 to Howard C. and Ada (Hillman) Kindler in Youngstown, Ohio, Jack was a 1956 graduate of Niles McKinley High School. Easy-going and friendly, Jack never met a stranger. He was always chatting and joking with anyone he encountered.

Jack met the love of this life, Claudia, during his senior year in high school after he and some friends were disciplined for misbehaving during homeroom. The boys were reassigned to an all-girls homeroom where Jack was assigned the seat right behind Claudia. They ended up marrying three years later and just celebrated 62 years together.

After graduating high school, Jack began working as a lineman at Warren Telephone Company in Warren, Ohio. A few years later, he was transferred to Mansfield, Ohio, where he continued to work for United Telephone Company for the balance of his 40-year career. Jack retired from the company (which is now part of Sprint) as a Manager of Telephone Operators in 1996. Jack and Claudia eventually relocated from Ohio to Noblesville, Indiana to be closer to their kids and grandchildren.

Jack was passionate about many things – starting with his family. He enjoyed spending time with his son & daughter and their families. He loved boating too. On summer weekends, Jack was often driving the pontoon boat with grandkids in tow while trying to flip them off of the innertube.

Another passion was serving the church. He served Mansfield’s Main Street United Methodist Church on many committees, helped start their contemporary praise band and was the church’s representative at annual East Ohio UMC conference for 20 years. He particularly enjoyed the annual conference as it was hosted in Lakeside, Ohio which became a favorite summer haunt for Jack and his entire family. In Noblesville, Jack was a member of First United Methodist Church.

Just like his dad, Jack loved to tinker. Whether it was around the house or through his hobbies, Jack always had projects to do. He loved model railroading and was an avid N-scale train enthusiast. He was also a lifelong Buick owner and loved to give his cars a quick bath after almost every outing.

He was a self-taught musician. He was never able to read music but played the organ, guitar, ukulele and harmonica. One of his favorite projects was to help with the pipe organ installation at the Renaissance Theatre in Mansfield, Ohio.

Jack is survived by his wife, Claudia, and children Ken (Cheryl) Kindler of Noblesville and Marci (Jim) Harenberg of Carmel, and grandchildren Rachel, Abigail, Nyx, and Evan.

Jack was preceded in death by his parents, sister Martha, and grandson Ryan.

Calling hours are Friday, May 7th from 4 p.m. to 6 p.m. at First United Methodist Church, 2051 Monument Street, Noblesville, Indiana 46060. There will be a private funeral service for immediate family.

In lieu of flowers, expressions of sympathy may be made in the form of contributions to the Jack Kindler Pipe Organ Fund, First United Methodist Church, 2051 Monument Street, Noblesville, IN 46060.
To order memorial trees or send flowers to the family in memory of John H. Kindler, please visit our flower store.