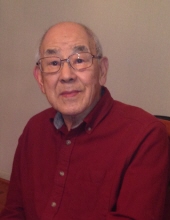 Jim’s childhood and life was one of contrasts and challenges, all overcome with hard work and success. He grew up in Shanghai during the time of the Japanese Occupation of China; the son of a successful businessman and a mother who was a respected artist.

At age 17 Jim and his elder brother came to the United States to study chemical engineering with the intention of returning to China. The Communist victory in China changed everything as his family’s business was appropriated by the government and his father imprisoned in a hard-labor camp for ten years. Thus, Jim remained in the US.

Jim earned his doctorate degree in chemistry from Case Western Reserve University while working to support his family. Jim had a long career at Anheuser-Busch in research and development and became the Senior Research Director.

Jim loved to play tennis and was an accomplished amateur photographer. He was known for his appreciation of traditional Chinese painting and literature. He imparted in his children the same interest in art and culture. In retirement Jim was proud to become a Master Gardener and volunteer at the St. Louis Botanical Garden. He spent many contented hours cultivating his own garden. He enjoyed lively discussions with old and new friends who valued his humble demeanor and open mind. Loving husband and father survived by wife of 34 years, children Stanley and Sylvia and stepchildren, Melissa and Brad, and sister Mae Yih.

Jim studied the philosophy of Buddhism, reflecting upon his life past and present and accepting of the infinity of nature.

“The sky is high and the earth is wide

A future Memorial in St. Louis is planned at the Missouri Botanical Garden.
To order memorial trees or send flowers to the family in memory of James Teng, please visit our flower store.