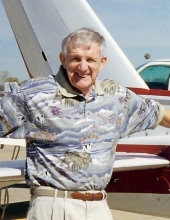 Jack F. Robison, 89, of Indianapolis, Indiana passed away at home September 2, 2020 after suffering a stroke 11 days earlier. Jack was born December 31, 1930 in Brazil, IN to the late Wayne Weaver Robison and Inez Leona (Hayes) Robison.

He married Brenda L. (Reeg) Groves on December 23, 1970 in Columbia City, Indiana and she survives. They have always made their home in Indianapolis, living in the same place for 48 years.

Jack graduated with Staunton High School’s Class of 1948, of whom seven members survive. During high school and for a while afterwards he worked for Shorty’s Shell station in Brazil.

In 1951 he joined the US Marine Corps, completed basic training at Parris Island, SC and was assigned to the Marine Aviation Detachment in Memphis, TN. After his discharge from active duty, he served in the Marine Corps Reserve at Hulman Field, Terre Haute until 1958, attaining the rank of Staff Sergeant. He placed a high value on education and completed many courses of study available through the Marine Corps.

Continuing to follow his interest in aviation, Jack started working for Allison in Indianapolis in 1954 and was soon promoted to work in the experimental test stands, where airplane engines were pushed to their limits. During this time he built a home and garage on the southeast corner of 425 W and 900 N in Brazil. It included a basement bomb shelter, which he researched and built according to recommended specifications, and a playhouse for his daughters.

In 1961 he switched to pre-engineered metal buildings, starting with Stran Steel Corporation in Terre Haute. He first worked in product testing, then used skills learned in high school to join the drafting department. His next move was to inside contract sales, eventually becoming manager of the department. In 1964 he moved to Houston, TX for a year, then to Cincinnati, OH where he was a District Sales Manager. He later worked in similar positions for Riblet, Inland Steel Corporation, Chief Industries, Stran Steel again and finally Ceco Metal Buildings, retiring in 2006 after 21 years there.

Fulfilling a longtime dream, Jack earned his private pilot’s license at the age of 69, flying a Cessna 182.

He was a 32nd degree Mason and member of Brazil’s Centennial Lodge No. 541 for 55 years, Scottish Rite of Indianapolis and Murat Shriners of Indianapolis.

Full of energy and with a ready smile, Jack always had a funny story to tell or a leg to pull. In the midst of building an addition to his Indianapolis home, he built a treehouse for his stepdaughters and gave them rides in a concrete buggy. Youngsters in his family begged for his famous monster walk, complete with sound effects and facial contortions. After completing clown school, he enjoyed being “Whistles” the clown. Family and friends never knew when he might turn up in an outlandish costume to make them laugh. Handy with his hands, he could fix, improve or make almost anything. He was also a great encourager and supporter for everyone in his family.

A Celebration of Life will be held on Saturday, September 26, 2020 at 1 p.m. at the Cow Palace Pavilion in Forest Park in Brazil. It was his desire that family and friends gather for a meal and an informal sharing of memories and laughter. Due to the CoVid pandemic, social distancing will be observed.