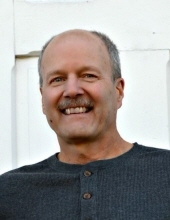 Henry was born on November 25, 1951 to Richard & Frances Hart along with his 5 siblings in Indianapolis, IN.

He had a passion for building decks and remodeling his own home. He also built a playhouse for granddaughters and repaired sewing machines for his customers at H&H Sewing. Which he and his wife proudly owned for many years in Maxwell, IN. In his spare time, he enjoyed having cookouts with family and friends, traveling, and watching sports. He enjoyed NASCAR racing events, especially the Indy 500. Henry would also do puzzles or watch Jeopardy and enjoy ice cream treats on his spare time. In his younger years he enjoyed working on his hot rod cars and playing basketball. Along with bowling, boating, and water/snow skiing.
Henry is preceded by his father Richard Hart, mother Frances Hart, and sister Rebecca Hart.
He is survived by his wife of 52 years, Carolyn Hart; his brothers: Andy and (Rita) Hart, Steve and (Jackie) Hart; sister: Sue Hart and (Kerry); sons: Robert and (Sherrie) Hart, Rick (Carrie) Hart; daughter: Leticia (Jason) Reed; grandchildren: Robert Hart Jr, Richard Hart, Kortneigh Reed, Audrey Hart; 3 nieces and 1 nephew.

Henry was a great family man and rarely missed an opportunity to enjoy time together. He was a devoted husband, father, grandfather, uncle & brother.

He will be deeply missed by his friends, family and all who knew him.
To order memorial trees or send flowers to the family in memory of Henry D. Hart, please visit our flower store.