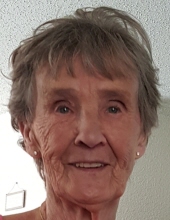 Hazel married the late Ernest Earl Wilson in 1956 and that union was blessed with 7 children. She later was united in marriage on February 12, 1983 to the late John S. Priest. She was a cook at MCL Cafeteria for over 20 years and Jonathan Byrds Cafeteria for over 10 years. Hazel was a wonderful cook. She enjoyed gardening and spending time with her family and especially the grandchildren.

In addition to her parents and husband, Hazel is preceded in death by her brother's, Earl, Ike, Cecil, & Tom; her sisters, Opal & Edna; and her children, Patty & Tim.