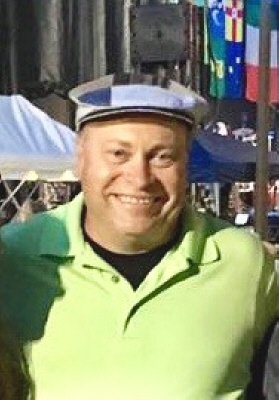 Gregory Lee Labens was born in 1963 in Columbus, Nebraska, the son of Eugene and Bonnie (Hruska) Labens. He spent his early life in Columbus where he worked in the family owned Gloor Bakery, later earning degrees from Dunwoody Institute and the American Institute of Baking. In 1984 Greg took a job with The Pillsbury Company, which later became General Mills, and worked for them for 36 years as a Senior Territory Manager covering several states.

On March 14, 1987, Greg married Grace Mahurin, whom he met while working at a Cub Foods bakery. Following their marriage, Indianapolis became the home where they raised their three children. He spent the majority of his free time coaching his kids' basketball and baseball teams and his greatest joy was spending time with family and friends. Greg enjoyed many family trips to the beach, national parks, amusement parks, and most recently, Ireland and Scotland. He also looked forward to his annual fishing trip with his brother and buddies. If you knew him, you'd know that he loved cheering on the Nebraska Cornhuskers and St. Louis Cardinals and that his trust in God was always a priority in his life.

Visitation will be held from 11am - 1pm followed by a Celebration of Life service at 1pm on Tuesday, December 1. The services will take place at The Creek Christian Church, 6430 S. Franklin Rd., Indianapolis, Indiana. There will be a live stream for those who are not able to attend the service. If you are interested in this option, please contact a member of the family directly to get the link as it will not be posted publicly. In lieu of flowers, donations may be made to the American Brain Tumor Association www.abta.org
To order memorial trees or send flowers to the family in memory of Gregory L. Labens, please visit our flower store.