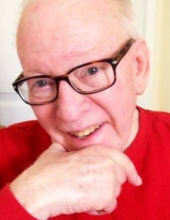 " I have fought a good fight, I have finished the race, I have kept the faith" 2 Timothy 4:7
Gregory Gaar Scott, 72, a talented, creative artist and accomplished poet passed away peacefully on the 22nd of May. He died of complications of Parkinsons and Covid-19. He was a friend to many and had a never ending spirit, gusto for life and he will be dearly missed.He is preceded by his parents Edrie (Davis) Scott and Max G Scott. Greg graduated in 1966 from South Side High School in Fort Wayne then he graduated from Indiana University in 1972.
He had a successful career as National Sales Manager at WPTA then moved to Indianapolis to work at Anthem Blue Cross Shield.
Greg is survived by sister Holly-Fay Dailey, sister Gayle Clark and brother-in-law Doug Clark, nephew Travis Clark his wife Christie and son Ryker and niece Diana Clark.
The family would like to express their appreciation to the dedicated staff at Alpha Home and Heritage Hospice.
A memorial service will be held in Ft. Wayne at a later date, TBA on social media.
In lieu of flowers memorial contributions can be made to www.namifortwayne.org or wwwparkinson.org
To order memorial trees or send flowers to the family in memory of Gregory Gaar Scott, please visit our flower store.