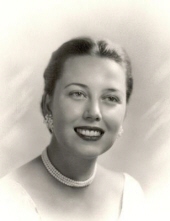 Gloria Cole Ryan (Glo) was born on September 26, 1925 in Richmond, Indiana to Henry C. Cole and Nina Knoll Cole. She spent much of her early years on the Knoll family farm where she developed her sensitivity to and appreciation of the majesty of nature. Surrounded by family members who knew how to do everything from growing crops to raising livestock, from mechanics to home building, she learned to garden, cook, design and sew clothing, hang wallpaper and a myriad of other ways to make life rich and beautiful. Her ability to adapt and create came from the kind of discipline one learns when one's livelihood depends on weather. For Gloria, there were no excuses and no bargaining. She just did what needed to be done, an attribute which served her well during her entire life.

In her early years, Gloria was also surrounded by music. Music, her family made themselves, with six-part harmony and stepping up for solos. Everyone sang and learned a musical instrument and many studied dance. Gloria excelled at piano and singing, and those talents enriched her life immeasurably. Walking in the woods, doing daily activities, driving to town were all opportunities for sharing a song. With the music came lots of joy and laughter.

Her family moved to Indianapolis when Gloria was in middle school. She attended Arsenal Technical High School with a concentration in music and went on to Butler University. She became one of the first female tellers at American Fletcher National Bank where she started a company choir and a toy drive for children. It was there she met her husband, Russell J. Ryan, Jr., who often waited patiently in line at the teller window to be able to talk to her. They were married at the Butler chapel on February 26, 1950 and started a family in 1951 with the birth of their first child, Michael. Two other children came shortly thereafter: Nina and Tim.

A devoted wife and mother, Gloria filled her home with music and laughter and her yard with colorful flowers. She excelled at making artistic and unique flower arrangements. When she sang and played the piano, the family would gather around her and join in the music making, but mostly they wanted to hear her beautiful voice and feel her loving energy. Often her husband added his booming baritone voice to the mix, and oh what a mix it was! Family camping trips instilled Gloria's love of nature in her children. She also loved fishing trips with her beloved Russ.

Gloria's sphere of influence expanded to include many civic and cultural organizations, in which she frequently took a leadership role. Outgoing and creative, she contributed to the growth of the Indianapolis Symphony Orchestra, the Children's Museum, the Indiana Repertory Theatre, the Indianapolis Museum of Art and the Garden Club of Indianapolis, among others. During a time of rapid development in Indianapolis, she was there, washing walls at the Athenaeum when the IRT moved to town, actively participating in board meetings or sitting in the kitchen for hours making fundraising calls for the ISO's move to the Circle Theatre. She sang in the Second Presbyterian Church choir and participated in local productions.

A fierce competitor, she enjoyed tennis and golf with her many friends. She also enjoyed acting in plays presented by the Indianapolis Dramatic Club. Later in life, she became an avid reader, started playing bridge incessantly, enjoyed long walks on the beach in Naples, and relished her joyous time with her grandchildren and great-grandchildren.

She expressed her love of life in everything she did. She never met a stranger, was always compassionate and genuinely interested in whatever was being discussed, always made eye contact and was a great listener. And, of course, there was that smile and the twinkle in her eyes when she spoke with you. As a result, people were naturally drawn to her, and she appreciated and learned from every single one.

A celebration of her life will be held in the spring. Contributions in her memory can be made to Park Tudor Foundation, the Indianapolis Garden Club or the charity of your choice.
To order memorial trees or send flowers to the family in memory of Gloria C Ryan, please visit our flower store.