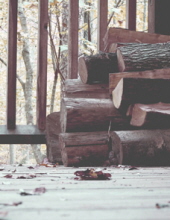 Gaylord A. West, 77 of Fishers, passed away Saturday, January 30, 2021 at home with his wife of 17 years, Rose Dickinson West, by his side. He is survived by 3 children and 6 grandchildren. Locally are his daughter; Holly Lash, husband; Michael and children, Nick and Cassidy Barden and Wyatt Lash. He is preceded in death by his parents Gaylord West and Joan Noe West and wife Donna J. Kiester West.

Gay graduated from Ligonier High school in 1961 and the Indiana University School of Business in 1965. He was a passionate and lifelong IU sports fan. Gay worked at the American State Bank in Ligonier for 36 years, through five name changes, retiring from Lake City Bank in 2003.

Gay was a devoted and loving husband, father, and grandfather. In his younger years he had a tremendous passion for basketball and baseball. Later in life his passions turned to golf, travel, and snorkeling. He was never happier than when he was spending his mornings golfing, his afternoons snorkeling in the pacific in Hawaii and then telling all about his wonderful day over dinner in the evening.

Gay was a warm, caring, wonderful man with a larger than life personality and a heart of gold. He will be forever lovingly remembered and missed by his family. No service will be held.

Memorial contributions may be made to Indiana Leukemia and Lymphoma Society or the American Cancer Society.
To order memorial trees or send flowers to the family in memory of Gaylord A West, please visit our flower store.