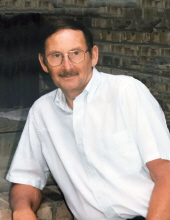 Frederick Madison Wampler from Bloomington, Indiana, age 85, peacefully died of natural causes on Thursday, August 27, 2020 in the comfort of his own home.

Fred was born on October 29, 1934 to Wayne and Thelma Wampler of Martinsville, Indiana, graduating from High School there in 1952. He is survived by his sister Joan Myers of Martinsville; wife of 45 years, Tamara Wampler of Bloomington; Brent and Angelina Phan Wampler of Indianapolis, Indiana, Brad and Dawn Wampler of Ft. Payne, Alabama, Barry and Becky Wampler of Melbourne, Florida, Boyd and Rosemary Wampler of Landrum, South Carolina, Maurice and Sandra Smith of Ahwatukee, Arizona, Tobias Smith of Indianapolis, Indiana, Shane and Elena Smith of Bloomington, Indiana, in addition to 12 grandchildren and 7 great-grandchildren. He is proceeded in death by his parents, both brothers, Kenneth and Gene Wampler as well as a grandson, Corbin Wampler.

Fred worked at Morgan County REMC for 46 years starting as a lineman before moving into the position of Underground Supervisor, retiring in 1999.

Fred was baptized as one of Jehovah’s Witnesses in February of 1961 and remained consistently loyal to his dedication vow until his death. His love for God and his fellow man moved him to make willing and countless sacrifices on behalf of others, sometimes at great expense to himself. He served as an elder for decades and continued to guide and shepherd others right up until his death. After retirement he also served as a full-time minister, or regular pioneer. He faithfully imparted Bible principles to his sons and grandchildren. Along the way, he was able to assist many others to dedication and baptism and held close the promise from God found in the Bible at Revelation 21:4 that “death will be no more.”

In addition to being a diligent and perceptive student of the Bible, Fred was also an extremely hard worker at home. He enjoyed maintaining a beautiful yard and was more than capable when it came to repairs.

He will be dearly missed for now.

A Zoom memorial service will be held on October 10, 2020 at 2:00 p.m. EST. Friends of the family are welcome to attend. Please contact a member of the family about login information.
To order memorial trees or send flowers to the family in memory of Frederick Madison Wampler, please visit our flower store.