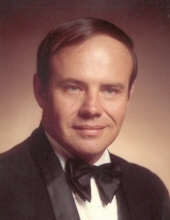 Edward was a loving husband, father, and grandfather. He was a Detective Sgt. for the Marion County Sheriff Department and a Reserve Deputy at the Shelby County Sheriff Department. Edward and his wife, Deanna, were owner operators of Elder Excavating for 26 years. Edward was a Marion County Fair Director and a volunteer fireman at Bunker Hill Fire Station. He was also a proud member of the Pleasant Masonic Lodge of Acton #134, a Murat Shriner, and a member of the American Legion #70.

He was preceded in death by his parents, Edna and Elbert Elder; brother, Elbie Elder; children Debbie and Jimmy Elder; and a grandson Matthew Marsee.

Visitation will be held at Indiana Funeral Care, Greenwood, IN from 11:00 AM until the time of services.

To order memorial trees or send flowers to the family in memory of Edward Ray Elder, please visit our flower store.