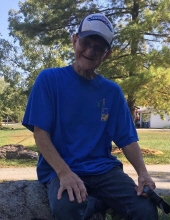 Edward Miller Sr., age 74, of Indianapolis passed away peacefully at home. Ed was born on December 13, 1945 to the late Addie and Donald Miller.

Edward, better known as “Ed”, was a mechanic for most of his life and there wasn’t anything he couldn’t fix. He loved spending time with his family. He always had a smile on his face. He couldn’t go anywhere without knowing someone. He had lots of friends and family.