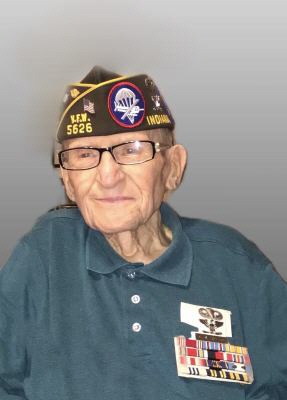 Donald W. England, 93, passed away January 27, 2022. Donald joined the Merchant Marines during WWII, and later the US Army as a Paratrooper (11th Airborne Division). He was a member of VFW Post 2693 and 32 degree Master Mason. He was a retired Colonel of the Indiana Guard Reserve. He retired from Chrysler in 1982.

Donald was preceded in death by his wife Esther and daughter-in-law Peggy England.

At his request, there will be no services. Private burial in Greenwood Cemetery.
To order memorial trees or send flowers to the family in memory of Donald W. England, please visit our flower store.