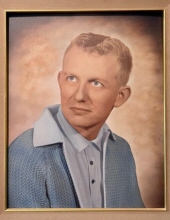 On October 8, 2021, Donald Louis Thiele, “Don”, loving friend to all, died peacefully at home in Indianapolis, IN, with the warmth and knowledge that he was so loved.

Don’s life was one to be admired and all that knew him shared in the joy of the recanting of his numerous life adventures. He graduated from Indiana University in 1951 with a degree in Bachelor of Arts in Music. While in school, he was a proud member of the Singing Hoosiers, formerly known as the Men’s Concert Choir of Indiana University, and able to study abroad in Paris, France. After graduation from IU, Don, a Korean War Veteran, served in the United States Army from September 1951 to April 1953, where he was an Engineer building temporary bridges. For the following seven years, Don was the business manager for the Singing Hoosiers which included arranging anything from USO Tours to private concert events, both home and abroad, for his military brethren where he was able to share his passion for music. After the military service, Don proudly managed a music store, “Curry’s Music Shoppe”, in Bloomington, IN. In 1981, he was awarded the Distinguished Alumni Award from Singing Hoosiers Alumni Council. Later, he retired and moved to Indianapolis, IN. Once in Indianapolis, he came out of retirement to work for Simon Mall Guest Services at the Circle Center Mall in downtown Indianapolis, where he was awarded the 2004 Lieutenant Governor’s Hoosier Hospitality Award for Excellence in Hospitality and the Rose Award in Recognition of Service Excellence from the city of Indianapolis in 2005. Don also worked at the Indianapolis Museum of Art as a Visitor Specialist from 2005 to 2009. In addition to his passion for art and music, he loved travel and experiencing other cultures in addition to cheering on the Indiana Hoosiers in sports as well as the Indianapolis Colts.

Don was the son of Wilhelm Oliver Thiele and Nellie Adeline Hall. He was born November 8, 1930, in Indianapolis, Indiana. He had one sister Jo Ann (Jodi) Thiele Wright Duke Sawyer. He was preceded in death by his mother, father, sister, stepfather Raymond Woodruff, his stepbrothers Raymond and Harry Woodruff and his great nephew Matthew Rhodes. He is survived by his niece Wendy Wright Rhodes, his step-niece Susan Long and her family and an extended family made up of close friends including his Starbucks on Mass Ave. family and fellow Singing Hoosiers.

In lieu of flowers, please consider donating to the Friends of Music Scholarship Program at Indiana University in honor of Don.

Prayer for the Eternal Rest
Eternal rest grant unto them, O Lord, and let perpetual light shine upon them.
May the souls of all the faithful departed, through the mercy of God, rest in peace.
To order memorial trees or send flowers to the family in memory of Donald Thiele, please visit our flower store.