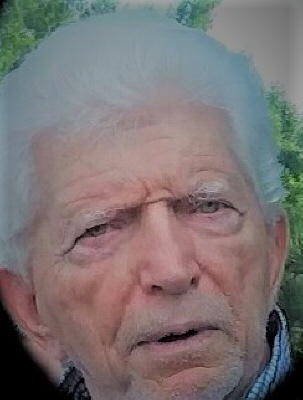 Donald E. Dooley, affectionately known as "Donnie" departed this life on December 17, 2020 at the Hearth at Prestwick, Avon, IN.

Donald was born February 15, 1930 to the late Hubert and Jessie (Pryor) Dooley in Indianapolis, IN.

He attended and graduated from Arsenal Technical High School at Indianapolis. After high school he decided to join the U.S. Navy on March 26, 1948 where he was stationed at Pensacola, FL and later at Milligan, TN and subsequently received his Honorable discharge on March 25, 1952.

After his return to Indianapolis, Donald began work at the Eli Lilly & Company at Indianapolis where he was employed for 39 years. Donald was an avid long distance runner and would often compete in marathons and additionally would often run the 25 miles from his residence at the Raccoon Lake to his Eli Lilly worksite at Clinton, IN.

Donald is preceded in death by his parents, Hubert and Jessie Dooley, one sister, Margaret Bozarth (Everett) and one brother, Ralph Dooley (Grace).

Loved ones will remember Donald as the most generous person in the world. He will also be remembered for his love of his dog Andy and of his red GMC truck. Donald loved telling stories about his mom, dad, brothers, sisters, and especially his Grandpa Dooley and his brother, Ralph. His greater memories were those of the time spent at Bryson City, NC next door to his sister Mary and brother-in-law Hugh in their self-constructed log cabins. He often said these were the best times of his life as he marveled at Hugh's talent for designing and assembly of a myriad of different projects.

Donald is survived by his sisters, Mary Reed (Hugh) of Brownsburg, IN, Ruth Petro (John) of Nashville, IN, and Helen LeMaster (Lee) of Murray, KY; sixteen nieces and nephews, and a host of great nieces, great nephews, and cousins. A special note is extended to his niece Janet who, along with her mother Mary, provided extensive personal care for Don during the years preceding his death.

Private services will be conducted at a later date.
To order memorial trees or send flowers to the family in memory of Donald Eugene Dooley, please visit our flower store.