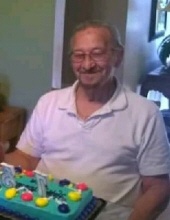 INDIANAPOLIS – Donald E. Hawk, 77, of Indianapolis passed away peacefully at his residence on March 27, 2020. He was born June 5, 1942 in Norwood, Ohio to the late Ancil Lee and Edna (Blevins) Hawk. Don married MaryAnn Kehl on January 28, 1961. He was a machinist journeyman at Hamblen Gage retiring in 2000.

Due to the coronavirus, a private service will be held and a private burial at Greenwood Cemetery. Arrangements entrusted to Indiana Funeral Care - Greenwood Chapel.
To order memorial trees or send flowers to the family in memory of Donald E. Hawk, please visit our flower store.