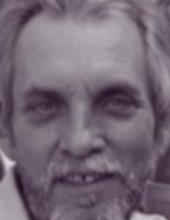 Donald served in the US Army for 2 years and received the National Defense Service Medal and was a sharpshooter. He worked in maintenance at the airport for over 20 years before retiring.

He was an avid fisherman and coin collector.

He is preceded in death by his mother, Carolyn; and grandparents, Emerson and Pansy; and sister Winnie.

Military honors to begin at 4:00 pm.
To order memorial trees or send flowers to the family in memory of Donald C. Young, please visit our flower store.