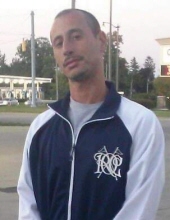 He is survived by his mother Patricia A. Bellina Brant and his father William A. Brant, daughter's Jasmyn & Arianna, sister's Danielle A. Soto & Melissa A. Brant, furthered survived by aunt's, uncle's, other relative's & life long friends.

Dean worked for Bellina Construction with his Uncle Daniel (Danny) Bellina and his cousin Daniel Bellina. He had a passion for roofing and construction.