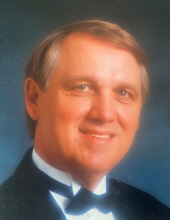 Dave attended Emmerich Manual High School and was a member of the 1958 Mythical State Champion football team that went undefeated his Senior year. He went on to play football at Purdue University from 1959 to 1962 and earned a starting spot at half back as a Sophomore and retained the starting position his Junior and Senior years. He married his loving wife of 60 years, Barbara, after the Purdue vs. IU bucket game his Junior year and was presented the game ball that was autographed by his teammates.

Above all, Dave loved his family and was a devoted husband. He was very proud of his kids, grandchildren, and great grandchildren. An avid outdoorsman, he enjoyed attending Purdue football games, playing golf, fishing, and hunting.

There will be a private ceremony for immediate family on January 24th at Indiana Funeral Care in Greenwood, Indiana.

In lieu of flowers, donations can be made to the Alzheimer’s Association.
To order memorial trees or send flowers to the family in memory of David L. Miller, please visit our flower store.