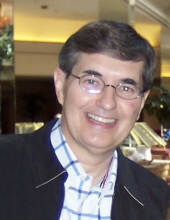 David C. Fraser, 78, of Noblesville, Indiana, entered the presence of Jesus on Tuesday, September 29, 2020. Born to Charles and Althea Fraser on August 2, 1942, in Philadelphia, Pennsylvania. He was a 1965 graduate of Taylor University, majoring in Biblical Studies, where he was also active as an accompanist and tenor in a traveling singing quartet.

David was preceded in death by his parents, Charles and Althea Fraser, and his oldest son, Mark Fraser. He is survived by his loving wife of nearly 27 years, Mary Kay Fraser; his four children Steve (Grace) of New London, PA; Tanya of Long Valley, NJ; Adam (Jill) of Elkton, MD; and Luke (Ashlee) of Beach Haven, NJ; his daughter-in-law Kristy of Cedar Rapids, IA; his stepchildren Joe (Lisa) of Carmel, IN and Susan (Stacey) of Tucson, AZ; and his 17 grandchildren and 10 great-grandchildren.

David’s family remembers him as an accomplished musician who passed his love of the piano along to his students, a man of great faith who shared that faith with his family, a gentle but honest truth-teller, and a constant believer in hope and the power of prayer. His grandchildren remember his encouraging support and interest in their lives and his accomplishment in impromptu light saber battles. He had a lifelong love of the Jersey Shore, and Ocean City was always his favorite place to be with his family. He loved nothing more than to spend time with his children, grandchildren, and great-grandchildren, even though he was usually the target of many jokes that resulted in tales that grew taller the more often they were told.

Arrangements have been made by Indiana Funeral Care. David will be interred at Hamilton Park Memorial Cemetery.
To order memorial trees or send flowers to the family in memory of David C. Fraser, please visit our flower store.