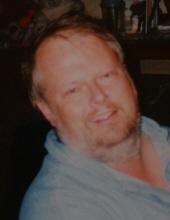 He was born July 22, 1957, in Hawthorne, California to Patricia Dutton and adopted by Noal Shaw.

His primary occupation was a truck driver ranging in hauling farm equipment for Reynold's Farm Equipment to driving concrete mixers and haulers. He spent a lot of his time in his garage where he enjoyed painting cars, some mechanic work and repair, learning about and working on tractors, and a variety of other things. Some of his most favorite things in life were his animals, he had a great love for each one.

He leaves behind his daughters Peggy (Zac) Adams, of Anderson, and Amanda Shaw, of Pendleton. Also grandson, Grayson, and granddaughter, Georgia. He is preceded in death by his parents.

He treasured all of his friends and extended family and loved them dearly.

His final wishes were to be cremated without any service. In lieu of flowers, it is requested that a donation be made to the ASPCA or local animal shelter/humane society in his name.
To order memorial trees or send flowers to the family in memory of Daniel Wesley Shaw, please visit our flower store.