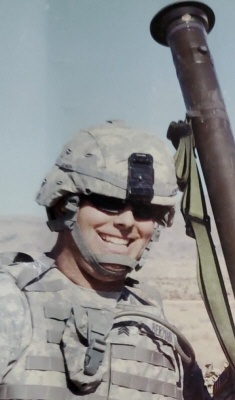 Danny was born on August 16th, 1985 in Brookfield, Wisconsin.

Danny passed away with his wife, mother, and two children by his side after a valiant and short battle with cancer.

He is survived by his wife, Linda Bermann; his son, Hayden Daniel Bermann (13); his daughter, Lilly Elizabeth Bermann (12); and his mother, Mary Grant.

In lieu of flowers, memorial donations may be made to any Veterans charity of your choice.
To order memorial trees or send flowers to the family in memory of Daniel Kenneth Bermann, please visit our flower store.