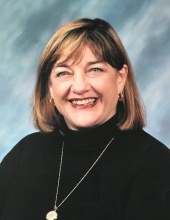 Constance VeAnne Martin, age 78, passed away on Thursday March 26, 2020, in Indianapolis, Indiana. Connie was born on November 17, 1941 in Ft. Wayne, Indiana. She was the first child of the late Ralph Joseph Martin and Bess Bailey Martin. Connie grew up in Royal Center, IN and attended Royal Center High School where she graduated from in 1959. She continued her education at Indiana University studying Music. Connie was a member of the IU Singing Hoosiers and was honored as a Distinguished Alumni of the Singing Hoosiers in 1999. After three years at IU, Connie moved to New York City where she pursued her dream of performing on Broadway. While in New York, Connie met the late Thomas Spencer Bragg, who she married in 1965.

After their marriage, Connie and Tom lived in Baltimore, MD where Connie began her career as a school music teacher. In 1969 they moved to Indianapolis, IN and settled in a home on the north side where Connie would live for the rest of her life. Connie became a life-long, dedicated member of Second Presbyterian Church where she was heavily involved in the Sanctuary Choir, Kirk Bell Ringers and other musical groups. Connie taught private piano and voice lessons for some 35 years at her in-home studio. She influenced hundreds of aspiring child, teenage and adult musicians, and created many life-long friendships along the way. Connie also served as a music/choir teacher at many Indianapolis schools during her career, including Saint Richard's Episcopal School, The Sycamore School and Lincoln Middle School in Pike Township. At Lincoln, she also produced and directed the school's spring musical every year from 1998-2010.

Connie was also involved in numerous musical endeavors outside of her work in schools. She performed at Starlight Musicals, Indianapolis Civic Theater, and was an actress at the Black Curtain Dinner Theater in Indianapolis for many years. She was involved with the Indianapolis Violin Competition as Co-Chairman of the jury room in 1982, 1986 and 1990, and was a judge for Indianapolis Piano Teachers annual statewide contest. Connie also volunteered as accompanist at Wishard Memorial Chapel for over 20 years.
Connie eventually returned to college and earned her degree in music, graduating from Butler University in 1991.

A memorial service will be held at Second Presbyterian Church, 7700 N. Meridian St, Indianapolis, IN 46260 on a date to be determined. In lieu of flowers, please donate to The American Cancer Society at www.cancer.org.
To order memorial trees or send flowers to the family in memory of Constance VeAnne Martin, please visit our flower store.