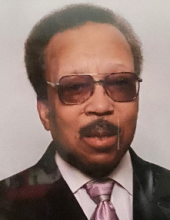 The Life of Comadore D. Nicks

Comadore Dewey Nicks, the eldest of seven children born to Wyze and Alma O’Bannon-Nicks, on October 20, 1933, in LaFlora County of Greenwood, Mississippi. He was a proud grandson of Florence O’Bannon, part Cherokee Indian, and great-grandson of the blacksmith for Rodeo Bill, Sam O'Bannon.

His family moved to South Bend, Indiana in December of 1943. They went to Oliver Elementary School and he graduated from Central High. Comadore was active in his church where he served as a Jr Usher, sang in the youth choir, and became the Junior representative for Olivet AME church conferences. He often spoke of the great times he had during those conferences; it was one of the highlights of his young Christian journey. He continued his Christian journey by joining Coppin Chapel AME church becoming a dedicated usher; remaining there until his health began to fail.

At a young age, he yearned to travel the world and concluded that joining the service would open the door to that opportunity. At the age of 17, he sweetly persuaded his mother to sign papers for him to join the service; and so, it was, at the age of 18, Comadore began the genesis of the military journey. During his time of service, he served in the Korean War and traveled to Japan, the Philippines, and Korea. Comadore was well known for his marksmanship and became a sharpshooter for his battalion and served as military policemen.

After leaving the service; Comadore was employed at Inland Steel Mill in East Chicago, Illinois. There he worked from 1956-1992. He married Charlene Nicks, in 1957, and to this union were born five children. After retirement Comadore moved to Indianapolis, Indiana in 1994 and was employed at the Women's Prison as a security guard.

In 1995, Comadore noticed that he was finding reasons to return to Wal-Mart. There, was a beautiful and sweet lady, of whom he became very infatuated. Camodore stated that he finally acted on the courage to approach Marcia Mimms and they became a union on February 21, 1998. Together in harmony, they had many laughs, as Comadore graciously shared his memories and Marcia opened her world to him. Comadore enjoyed traveling; together, Comadore and Marcia would explore western States in America. The pair would take two to three weeks at a time; traveling at a pace that one would enjoy viewing the scenic routes before reaching their destination. Comadore and Marcia had a wonderful 22 years of marriage. He will be missed.