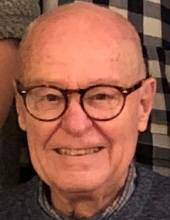 Charles Roy Kane, 82, went to be with the Lord on March 18, 2022, from his home. He was born Aug. 4, 1939, in Dodge City, KS, the oldest of four. His family moved to Emporia, KS where he attended high school as an outstanding scholar, competitive swimmer, basketball player, and track and field athlete. In 1958, he was inducted into The Naval Academy at Annapolis, MD. The day after graduation, Roy married Barbara Street who died in 2000. He entered the US Navy Silent Service where he served on a submarine as Weapons Officer. While serving in the military, they lived in San Francisco where son Scott was born and then Connecticut, his daughter, Kristaan's, birthplace. As a father, he exemplified strength, compassion, determination, and patience.

After leaving the Navy, he worked in Engineering Sales. In 1989, he began serving the Lord at One Mission Society where he was Director of Church Relations at his retirement in 2008.

Roy was a revered Christian with a commitment to service to God. From 1975 on, he was active at Southport Presbyterian Church serving as a Deacon, Elder, Stephen Ministry leader, adult Sunday School teacher, choir member and Madrigal Singer. He was valued by many as a spiritual leader.

Because his heart was drawn to worldwide missions, memorial gifts may be made to the Global Missions Committee at Southport Presbyterian Church. To honor Roy and to glorify God, a Celebration of Life Service will be held on Saturday, March 26, 2022, at noon with visitation at 10:00 am at SPC, 7525 McFarland Blvd., Indianapolis. Public Burial at 2:30 pm at Forest Lawn Cemetery, 1977 SR-135, Greenwood. Arrangements were made by IndianaFuneralCare.com.

Peace to his memory.

To order memorial trees or send flowers to the family in memory of Charles Roy Kane, please visit our flower store.