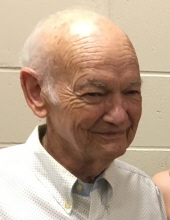 Charles R. Culp passed away peacefully while surrounded by his family on January 29, 2021 in Indianapolis, Indiana at the age of 85. Charles “Chuck” Culp was born in Monon, Indiana, on November 19, 1935 to Vernon R. and Mary M. Culp (Connell). Chuck graduated from Monon High School in 1954. He received a Bachelor of Science in Education in 1958, followed by a Master of Arts in Education in 1962, both from Ball State Teachers College. Chuck earned his Doctorate of Education (Ed.D) from the Indiana University School of Education in 1973. He retired from his position as an elementary school principal after 35 years in education, predominately with the Fort Wayne Community School system, where he was one of the youngest principals ever appointed; he most recently served as a principal in the system’s magnet school program.

Chuck is survived by his wife of nearly 59 years, Carolyn Kay Culp (Howard) from Muncie (born Dunkirk), Indiana, and his sons Rod and Kevin. Rod and Lisa Culp (Mosshammer) have a daughter, Casey, and a son Mason and reside in Brownsburg, Indiana. Kevin and Becky Culp (Batt) have three daughters, Mary, Megan, and Madeline and live in Zionsville, Indiana. Carolyn continues to reside in Indianapolis.

Chuck was a devoted, joyous, and loving husband, father, and grandfather. He had a tremendous passion for shooting sports and spent many blissful hours breaking clay targets. He enjoyed coaching new shooters nearly as much as he enjoyed shooting and was one of the most talented shotgun instructors in the Midwest. When he was not at a range, Chuck spent hours enthusiastically discussing shooting sports and shotguns; his fervent passion for the sport was contagious. Chuck firmly believed that one could never have too many shotguns and held a particular affinity for Italian models crafted by Perazzi.

Chuck will be forever fondly remembered and profoundly missed by his family and friends.

In lieu of flowers, donations can be made in Chucks honor to the American Heart Association.
To order memorial trees or send flowers to the family in memory of Charles R. Culp, please visit our flower store.