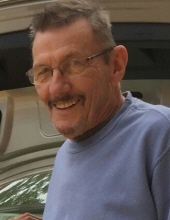 Charles Leland Mariner, Sr age 82 passed peacefully in his sleep at his Whiteland, Indiana home on October 7, 2020. Charles was born in Chillicothe, Ohio but lived most of his life in Indiana. Charles was a witty renaissance man with a profound love for written word, music, nature, and the stars. Charles was a veteran of the United States Navy and took great pride in his service.

Memorial contributions may be made to Indy Humane online at https://indyhumane.org/get_involved/donate/

The family will be celebrating his life in private, and Charles will be interred at Arlington National Cemetery, per his request.
To order memorial trees or send flowers to the family in memory of Charles Leland Mariner, please visit our flower store.